They say that every photograph is, in some small but revealing way, a self-portrait. If you look closely, you can see how a photographer thinks about a subject and what he or she brings to it, not just technically, but emotionally and psychologically. You can see the photographer in the work.


Chris Clunn started out as a music photographer in the 1980s, but his work has widened and deepened since then. His various projects, whether portraits of the characters who work in Smithfield meat market or the hardy hill farmers of Wales, whether studies of the old shop fronts of London or the great piers of seaside Britain, all speak of an eye that is drawn to traditional ways of life that survive in a contemporary culture that tends towards the transient and the disposable. He is often a chronicler of things that are under threat from progress or slipping into history before our very eyes. Except that we would probably not notice their passing – or their uniqueness – were it not for the evidence of these photographs, each one a permanent record, a reminder.


Clunn, as his Little Britain series shows, also has an eye for the everyday eccentric. Here is a visual narrative of signs and small wonders. “SHOCK PLAN FOR SHREDDED WHEAT” shouts a local newspaper hoarding. A street sign reads “Pleasant View”. The normal and the ordinary seem effortlessly oddball. In Living London, Clunn wanders where his roving eye takes him, catching the strangeness, charm and the often austere formal beauty of the capital. You can tell he has lost none of the curiosity that made him take up photography as a teenager. You can tell he is still surprised by what he encounters and what his camera captures. You can see the photographer in the work, still searching, still looking closely at the world around him, still surprising himself - and us.


I just hope that Chris Clunn won’t have to die before he gets the recognition he so fully and meritoriously deserves.


The thing about Chris is that he has a chip on his shoulder, there’s no compromise. Doing is the same as Being. As a young man, I had that same chip , I wanted to fight my way up, I would do it my way. In that respect, Chris and I started out the same way. But I sold out. Chris never did. He’s too obstinate.


He is old school

He still uses Hasselblad and Rolleiflex

He still shoots on film

He still prints in a darkroom 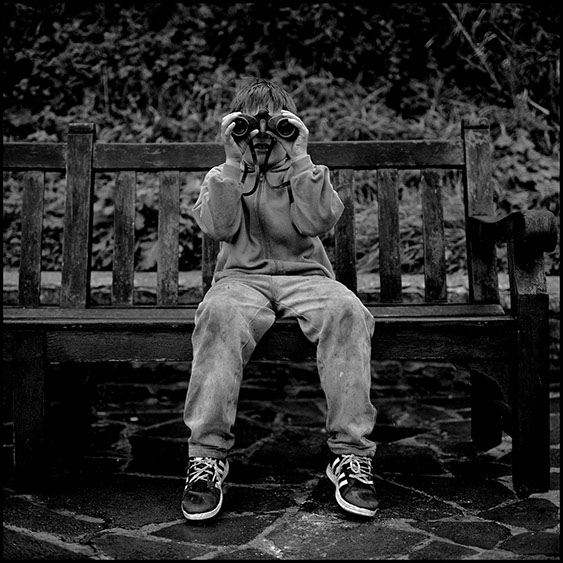